When you get to Iceland you’ll hear of elves, see all the pride flags, and be shocked to see all the unattended babies carriages outside. Here’s the social history that shaped the modern Iceland into its cool and quirky culture.

I found out via airplane pamphlet that the Free the Nipple Movement has strong roots in Iceland. Though the movement was started by Lina Esco, it completely took off after an Icelandic teen tried to promote a “Free The Nipple” day from Twitter. After initial backlash, many activists pushed back and people all around the world called for gender equality! The rest is history. 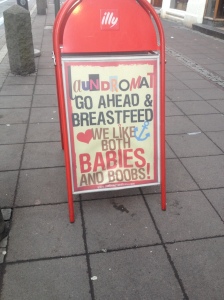 Also known as Huldufólk, these are the elves and trolls that many people in Iceland still believe in. Alaric Hall, a researcher of Icelandic medieval beliefs, states that the Vikings created this concept so that they could feel they conquered someone. The Vikings were the first ones to settle Iceland, so in a way they’re the indigenous people, but they didn’t like that. They were power hungry and needed to conquer and take! So they made up the elves, according to Hall, and then it was like they were taking from them. The elves, according to the locales, are to be respected, but feared. Don’t mess with the hidden folk.

Violent crime in Iceland is extremely rare. After a long night of walking in new heels, my friend’s feet were hurting. So I gave her my socks and we both decided to sit on the icy sidewalk in order to do this. We looked a little odd sitting there, and every person who passed by asked if we needed assistance, women and men alike. And they were sincere too! No wonder they just leave their babies outside of shops while they run their errands.

And why is it super safe? A student at Suffolk University Law School wanted to find out. Through research he found out that there’s almost no difference between lower, middle, and upper classes in Iceland. They have plenty of guns there, 15th in the world for per capita gun ownership, but the police are unarmed with the exception of the Viking Squad, whom are rarely called out. You’ll find when you visit that people are generally trusting, but never means you should travel without any precaution. 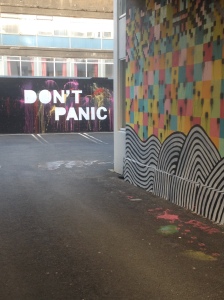 People usually drink only on the weekend. We went out on a Thursday, and the only place that had more upbeat music and more of a social crowd was the Kiki Gay Bar. Everywhere else was mostly live music, people enjoying a beer or two.

There was prohibition in Iceland, just like in America, except beer over 2.25% was only made legal again in March 1989! Only the airport and specialty state-run shops can sell alcohol outside of bars. A Viking Gull is a great (and affordable) choice at the bar, otherwise you may find yourself paying over $20 for a tequila mix drink.

Iceland has a total population of about 330,000. New York City alone has 25 times more people! And Iceland isn’t huge, but it’s a lot of space for a small population to spread out. With a population so small, limited immigration, and such a tight knit community, everyone is like family. But seriously they all are literally family. So dating can be a little complicated… but there’s an app for that!

Most Icelandic people practice under the Lutheran State Church and as of 2013 there’s thought to be around 100 Jews in Iceland. With the Icelandic community so close, about 50 of the island’s Jews still come together for holidays, keeping their faith alive. 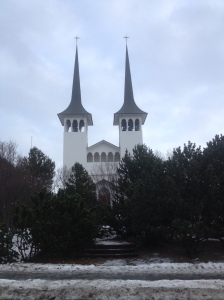 You’ll see the pride flags left and right! Johanna Sigurdardottir of Iceland was the first in the world to be an openly gay head of state in 2009! Although previously stated that the gay bar was poppin’, some would say that there doesn’t need to be a gay specific niche so often found in other countries. According to “Guide to Iceland” there simply doesn’t need to be a sub-culture when everyone can just be open. There are fun pride events year round like Reykjavik Gay Pride festival, Bears on Ice event, and the Rainbow Reykjavik festival. 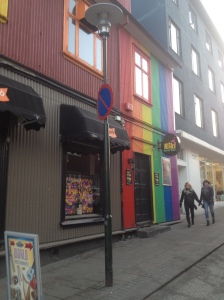